A solar storm, which occurs when solar wind shock waves or clouds of magnetic field interact with the Earth’s own magnetic field, may be on its way toward Earth on Sunday.

The storm, which could emit solar flares that have the energy equivalent to nuclear bombs, is expected to hit late Sunday and early Monday, according to the National Oceanic and Atmospheric Administration (NOAA).

Compared to to other solar storms, Monday’s will be relatively weak.

Solar storm to hit Earth, may cause GPS disturbances

Such cyclical events are in the normal pattern for our Sun, which periodically emits huge flaming fingers of plasma into space. Experts say that there will be more such occurrences in the upcoming years, with solar winds causing disruptions to our magnetic fields and the upper atmosphere on Earth to follow.

The solar storm, which doesn’t pose danger to living things, may cause disturbances in satellites. In early February, a solar storm destroyed 40 of the 49 Starlink satellites that Elon Musk’s company SpaceX launched into space.

Beautiful to look at from space — and from Earth as well, as iridescent hues dance across the poles — these solar storms cause all manner of havoc if they occur at the wrong times.

This disturbance, part of the Sun’s normal cycle, in which plasma and geomagnetic fields are launched into space, will most likely occasion power grid and satellite orientation problems along with high-frequency radiowave issues. This may result in problems using GPS systems since they are reliant on satellite positioning and communications.

Experts warn that GPS and radio systems may be impacted due to the storm, particularly at dawn and dusk on Monday.

However, the solar storm may also make it easier to see the Northern Lights, or Aurora Borealis, in some countries in the Northern Hemisphere.

When the earth is hit with a solar storm, charged particles that collide with our magnetic field are sent flying, along the lines of the magnetic fields, toward the poles. After massing there, they then shower down into the upper atmosphere of the Earth, colliding with the molecules there and causing the stunning lights we call the Aurora Borealis or the Aurora Australis.

Our Sun has become more active recently, with the celestial body emitting solar storms on a regular basis.

This is due to the fact that the sun goes through a cycle during which the Sun moves through period of extreme activity and periods of calm. These solar cycles last for 11 years. Currently, the Sun is in an active period. 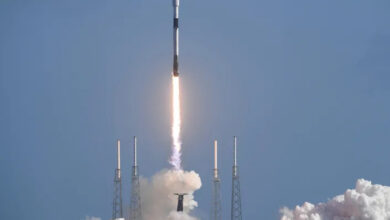 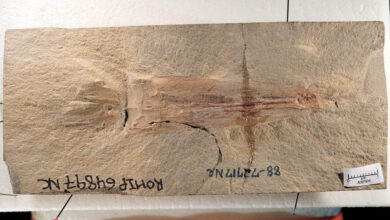