The rocket successfully launched 48 Starlink internet satellites to orbit, then returned to land on the Just Read the Instructions drone ship a few minutes later. It marked the booster’s fourth flight to date.

“In a situation like this we can’t supply the United States with our world’s best rocket engines. Let them fly on something else like their broomsticks, I don’t know what,” Rogozin said on Russian television last week.

Some American-made rockets like United Launch Alliance’s Atlas V do use Russian RD-180 main engines, but others, like SpaceX’s Falcon 9, fly on domestic propulsion.

Rogozin’s latest comments built on similar statements he made in 2014. When the U.S. announced sanctions after Russia annexed Crimea from Ukraine, Rogozin famously said NASA astronauts could launch to the ISS on trampolines since there was no American-made vehicle capable of doing the job; the space shuttle had retired three years earlier.

But since 2020, SpaceX has launched for crewed missions to the International Space Station, leading founder Elon Musk to make comments like: “The trampoline is working!”

The Space Coast’s next launch, meanwhile, will see a team of four private passengers fly to the International Space Station in a SpaceX Crew Dragon capsule. The liftoff from Kennedy Space Center’s pad 39A is targeted for 2:36 p.m. EST Wednesday, March 30. 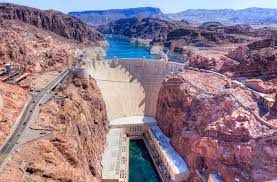