TAIPEI, – No matter who wins in any future war between Taiwan and China, it will be a “miserable victory”, Taiwan Defence Minister Chiu Kuo-cheng said on Thursday, adding it was best if everyone avoided conflict.

Speaking to reporters before a parliament session on the security implications of Russia’s invasion of Ukraine, Chiu said both sides would pay a heavy price in the event of conflict between China and Taiwan, which Beijing has vowed to reclaim, by force if necessary.

“If there’s a war, to be frank, everyone will be miserable, even for the victors,” he said.

“One really needs to think this through,” Chiu added. “Everyone should avoid wars.”

While Taiwan has stepped up its alert level since the war in Ukraine, it has reported no unusual Chinese military activities, though China’s air force has continued to mount occasional missions into Taiwan’s air defence identification zone.

“We watch the changes calmly and we are prepared accordingly,” Chiu said of China.

Taiwan’s China-policy making Mainland Affairs Council said on Wednesday in a report to the parliamentary session that China was too busy with ensuring stability for a key Communist Party congress at the end of the year to suddenly escalate tensions with Taiwan.

Taiwan’s military strategists have been studying Russia’s invasion of Ukraine, and the country’s resistance, for the island’s own battle strategy in the event of war with its giant neighbour China.

“Ukraine, under unfavourable conditions of the enemy being larger than them, has effectively delayed the Russian military’s combat activities,” the defence ministry said in a separate report to the session on Thursday.

Taiwan’s military has been “referencing” the experience of Ukraine in being able to leverage fighting on home soil and has already been incorporating “asymmetric warfare” into its own planning, the ministry added.

Taiwan President Tsai Ing-wen has championed the idea of “asymmetric warfare”, to make its forces more mobile and hard to attack, with for example vehicle-mounted missiles.

Chiu said the Ukraine crisis has given Taiwan “many lessons” and Taiwan is making preparations accordingly.

“We must defend our own country,” he added, when asked by a lawmaker whether Taiwan could count on foreign assistance in a war with China.

“In my eyes, the Taiwan Strait has never been a safe place.”

China has refused to hold discussions with Tsai, cutting off a dialogue mechanism put in place under the 2008-2016 administration of President Ma Ying-jeou, potentially raising the risk of miscalculation if tensions dramatically spike.

National Security Bureau Director-General Chen Ming-tong told lawmakers that in his prior job as head of the Mainland Affairs Council he did have a “hotline” to China on his desk.

“The cable is still there and has not been taken down.” 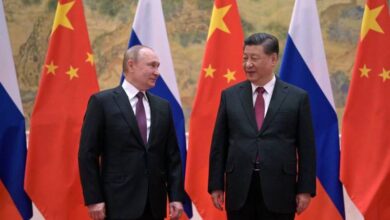 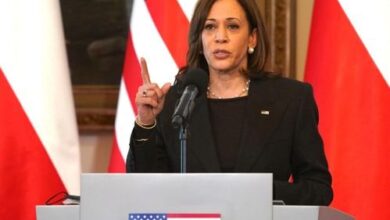