Plants need water, sunlight, growing area, the correct temperature, and nutrients to develop to their maximum potential. Fertilizers are a must-have addition for those who want to provide their plants with the required nutrition. According to Mike Straumietis, Founder and CEO of Advanced Nutrients, using conventional fertilizer application techniques might be inefficient. It could also harm the environment if the excess fertilizer gets to other areas of the ecosystem.

Fertigation was created to solve these issues. The phrase combines fertilizer and irrigation, which now means generating a productive method of providing plants with the nutrients they need. Fertilizers are introduced into the irrigation system during fertigation through soil or water amendments or other water-soluble products.

Fertigation technology has been used by growers, farmers, and other agricultural professionals who seek sustainability and process simplification. This has been an effective method for growing numerous plants over the years. According to Mike Straumietis, the procedure has numerous benefits over other fertilizer distribution techniques, including broadcasting and placing.

The Impact of Increasing Nutrient Use Efficiency

Nutrient use efficiency is one of the indicators used in agriculture to determine how to increase yields. It gauges how well crops can absorb nutrients from the soil and how much of those nutrients are used by the plants. It relies on the nutrients’ internal transportation, storage, and remobilization.

By matching nutrient availability and crop demand, fertigation is efficient in increasing nutrient use efficiency. According to conventional fertilization methods, granular fertilizers are typically used once or twice during the growing season. But as Mike Straumietis points out, fertigation enables farmers to supply plants with adequate amounts of nutrients routinely.

Recent research has analyzed fertilizing strawberries with granular fertilizer and fertigation. According to research, fruit yield and plant biomass were much higher in the group where fertigation was used. Because the necessary nutrients were provided to the root zone more consistently during fertilization, it proved more advantageous for the crop.

Over time, scientific research has also been done on the application of fertigation on vegetable crops. For instance, a 2004 study on squash compared fertigation and conventional soil application techniques. The study found that fertigation, which delivers nitrogen-based fertilizers, increased shoot biomass and productivity. More recent studies revealed that fertigation increased crop output by about 12 percent on average. According to Mike Straumietis, the crop yield of potatoes grew by 40.3 percent.

As Mike Straumietis explains, fertigation has been successful in farms struggling with water scarcity because of dry environments. When comparing drip irrigation to a typical sprinkler, water input can be reduced by as much as 70 percent.

One of the benefits of efficient water use is lowering the likelihood that the plants may catch illnesses. Less water contact with above-ground crop development, such as fruits, leaves, and stems, reduces the likelihood of disease-breeding conditions. Additionally, plant pressure between crop rows can be reduced by applying irrigation water directly to the crop zone rather than the entire field.

The majority of fertigation systems are automatically performed and created to distribute nutrients through various pieces of equipment. Growers may be able to save time and energy by using less manual labor. A 2018 study on sugarcane development showed that fertigation decreased labor time, increasing the benefit-to-cost ratio.

Mike Straumietis points out that adding nutrients to the soil during the plants’ late growth phases typically involves large farm machinery and may unintentionally result in crop damage. By using fertigation, it would be possible to do away with the need for old-fashioned equipment and make the environment where the plants grow safer.

Mike Straumietis and his team of highly qualified scientists at Advanced Nutrients have created various cutting-edge products that give plants the nutrition they need at every stage of their crop’s life cycle, from germination to senescence, leveraging the true genetic potential of plants. Under the direction of Mike Straumietis, Advanced Nutrients has become one of the agricultural sector’s most dependable suppliers of next-generation products. 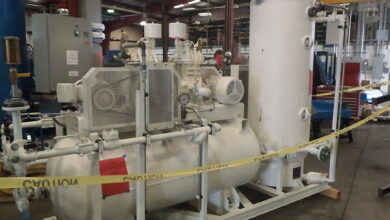 Self Improvement Companies Growing Throughout the Recession 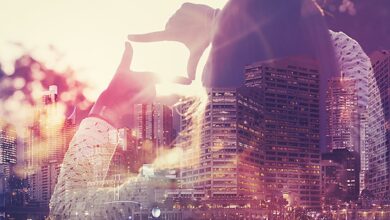